For real estate, there is now Brexit certainty

The main EU impact on retail optimisation is money 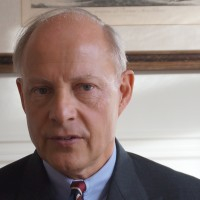 Trained in Belgian and European law, Michael MacBrien has spent his entire career in the field of European affairs. In the 1980s, at the European Banking Federation, he worked on the Directives that formed the basis for the EU Internal Market for Financial Services. In 1994, he co-founded the European affairs firm MacBrien Cuper Isnard, which provides lobbying services and advice on the setting up and management of European trade federations. In 1996-97 he oversaw the foundation of the European Property Federation and has been its Director General ever since. He is also an adviser to TEGoVA, The European Group of Valuers' Associations.

EPF represents all aspects of property ownership and investment: residential landlords, housing companies, commercial property investment and development companies, shopping centres and the property interests of the institutional investors (banks, insurance companies, pension funds). Its members own property assets valued at € 1.5 trillion, providing and managing buildings for the residential or service and industry tenants that occupy them.